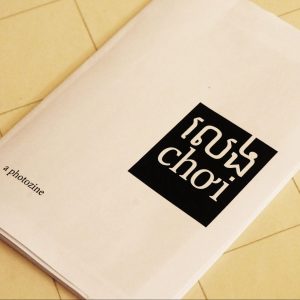 Starting over doesn’t come hard to me; in fact, starting over is something I’ve been doing all my life. So it’s not surprising, to me, anyways, that I should start a new version of Design Kompany, from a very different spot in the world from all the others, in the past, when I similarly re-opened, or, as they used to say in Seattle, ‘pivoted.’

What can I say. I think the original is sometimes the best, and that’s why I’ve put the pivot back on such a point in the graph of metaphorical space that I’m back at Brand Identity Design for Design Kompany to be offering. Why not? We were doing it for a long time and doing it in our own way; something changed from the time I quit it, around 2014, I think to pursue other interests, and now. I think. For me. It’s that, I see that there’s a weak spot out there. That branding isn’t branding like it was. It’s ‘digital marketing.’ It’s ‘social media.’ It’s fake as anything and fake as fake gets. It’s not real, in other words, and that bugs me.

It’s a disservice. To be fake. To fake your way into people’s brainspace, only to offer fake things without caring if they help someone enjoy a better something, in some meaningful way. No, it’s just ‘clickbait’ and ‘eyeballs’ and noise. I saw so many people pretending to be something and faking their way to failures. Businesses folding not because there wasn’t care and attention, but because ‘marketing’ was taking over ‘being really great at this.’ And that push and pretend stuff was making me very, very tired. Where could you go to just relax? Really enjoy something real? With people who, like you, were low-key and not interested in farce, falseness, and pushing something that, ultimately, will wreck from the inside. And implode.

So there is a need. For DK’s way of designing. Which starts with asking big questions. Which annoys some people; that’s why I don’t bother with it, much, outside of the short e-courses like Mirror. Besides these occasional bouts of invitation, I stop and let people do their things. Naturally. It’s better for everyone. Only there are a few, I feel, who could use something else. More polished, more experienced, more aware of the need to set the bar high and then, of course, jump that hurdle. How? It’s a process, of course, but the goal is always clear to me. Be real. Be yourself. Have fun.

Let’s make something new. Let’s play. Where are we now? Um… Cambodia. Making… zines. Have a nice day, ladies and gentlemen. Talk sometime again, with a note like this, from Phnom Penh.