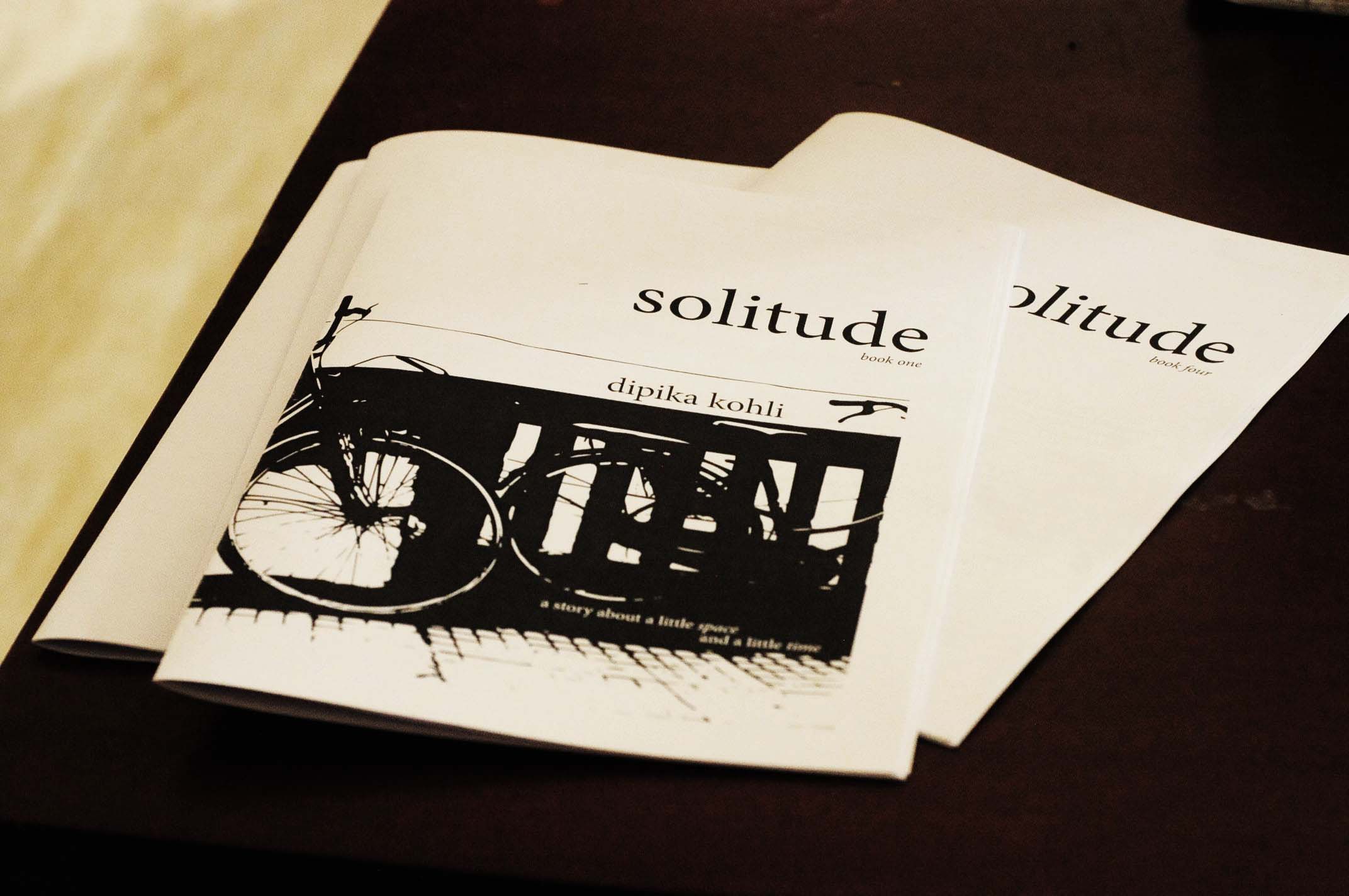 What’s amazing to me about seeing the printouts of the four-issue set Solitude is this. It’s so, so different from what I had ever imagined it would be.

So, here’s the short story: I left the United States in April 2013 to ‘practice the new, the uncertain and the different.’ It was a wild idea but it was a brilliant risk, and risk-taking, I think, is where I go, when I go, into ‘the big blue yonder.’ I guess Solitude was the natural place for solace, reflection, and stilling in a blanket of comfort, which was, by an unbelievable weird set of circumstances, nested in the set-aside, uncomfortable and yet surprising moments of self-discovery. Away. Apart. ‘Stuck’ between places. Pandemic stuff, national border closures, the passport that wouldn’t work for where I wanted to go, the stuff that happened that we all experienced in different ways from our points on the earth where we were. Thanks in part to all these constraints, it happened. Seven or eight or I’ve lost track now of how many years after I left the US, I found it. Solitude. And that’s where it all became unflinchingly, once-again clear. There’s not that much time left, as I said on stage in Raleigh in 2012, at TEDx. That was fun.

There’s not that much time left to dilly dally doing things that don’t move you, that don’t grow you. Seven years in Cambodia. Did you read Seven Years in Tibet? I did. Wow. It’s fun to have mirrored that number, in a far place from ‘home’ (which isn’t home anymore, but that’s another story. Writing it.) Maybe 7 years is the magic number. Hmmmm.

Growing, changing, evolving and rekindling. These are the things, these days, in S P A C E. Making some plans for the fall. Going into a new blue yonder, though more locally, now, than geophysically. Be a part of it, in some way, when you join the international conversations.