A YOUNG MAN lives in a flat in a metropolitan city with his cat, Schrödinger. Potted plants line their home. Most days Schrödinger pats leaves. One morning the youth wakes in a strange mood. The mood doesn’t feel good or bad. It’s just different. His cat stretches, yawns. As he gets ready for his day, he tries not to overthink it. He brushes his teeth, puts on a clean white shirt, black trousers, black socks and leather shoes. He combs his hair. People say he’s a handsome fellow. They nod in a way that lets him know he’s forgiven for most things. ‘He’s young.’ Patting Schrödinger on the head, he steps out of the flat. Locks the door. Schrödinger watches from a window, and cocks his head when he sees. Instead of going right, the youth takes a left. Which surprises the cat. The youth always goes right. Today he’s going left. ‘Interesting,’ the cat mews.

IT IS WARM for the season. A sun shines hotter than usual. Left is a longer path, but the youth is content. He studies the trees. Edges of their trunks, tallness, fullness, foliage: especially inviting. Sun spills. ‘Funny,’ the youth says out loud to himself. ‘I know every square meter of my usual path. But I hardly notice anything on the way, anymore.’ With a bounce in his step, he carries on. Around a new block, past a big lawn, down a sidewalk, then across a small bridge, under a tunnel he didn’t know was there, through hedges. Halfway to his destination, something catches the youth’s eye.

It is about ten meters ahead of him. He squints. Closer, he sees it clearly: 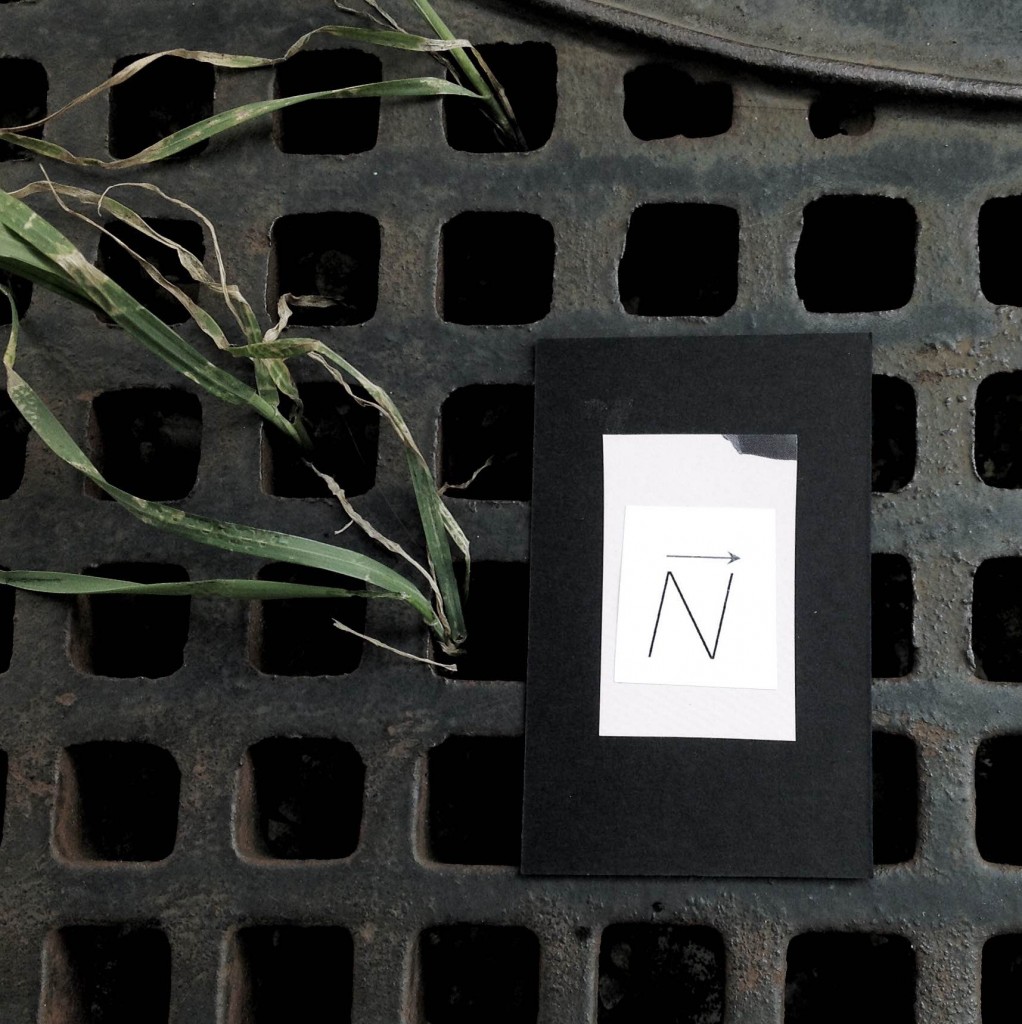 NOW, WHAT IS THIS? Whose is it? What does it mean? He hesitates. Should he pick it up? Perhaps take it to its owner? But who, and how? The thought makes him tired. He sidesteps it. Walks. But he can’t help but wonder about it. ‘N.’ What was it? It is midmorning. He thinks about all the people to meet, all the things to do this day. Today will be like yesterday. Except… ‘I have to get it,’ he says. He turns around.

HE IS HAPPY. He has a good life. He loves Schrödinger. Is surrounded by people he knows. Is clear about his direction. Isn’t he? Fifty meters from the unusual spot, now, the youth begins to quiver. Thirty meters. He shivers. What if it’s gone? Ten meters. Will it still be there? What if it’s not?  Bewildered, he jogs. ‘N’ meets him. It’s so close he can touch it. He stops. He looks.

WINDS SHIFT THE LEAVES and clouds change the sky. Blades of grass he hadn’t noticed there seem to almost point, like vectors. If Schrödinger were here, he would pat the leaves. For the first time, it seems to him, the youth feels Jupiterlike relief. He stoops. If you were watching, you wouldn’t notice that something is very different. That the young man has instantly become aware of a very new thing. The wind tells him. The leaves, the trees, the light. Even the clouds play a role. Now, the youth is no longer a youth. And he knows.

He touches the ‘N,’ wondering what it could be.