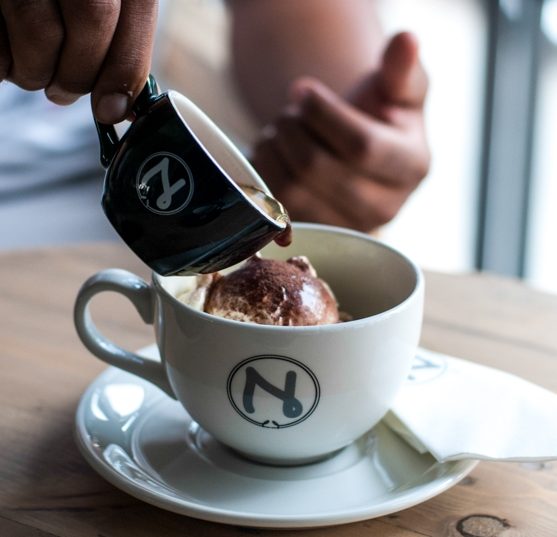 Naming, concepting, and brand identity design. ‘NUK’ came about as a name idea after a series of serious conversations, and a visit to the architectural site. A section towards the back of the first floor seemed well-suited to holing up with a great paperback. That’s how we found our way to the name ‘NUK,’ a play on ‘nook, but minus the visually awkward double ‘o.’

Fewer letters—heck, even just an ‘N’—made for a versatile motif that one could just take in as a total image (that’s what a logo mark is, more than ever, just an impression, not a ‘word’ to be read—who has time to think?). As soon as we presented the name idea to our clients, three people got on cell phones and called friends in Vietnam, Thailand, and even further afield via Line and WhatsApp. ‘How does that sound? Does it mean anything bad? No? Good.’ Nuk fit. Snug.

Many times designers will do what you tell them to do. But you two would not. You would say, ‘No. That’s not a good idea, and we’re not gonna do that.’ That was new. You made us think, and in the end, we got to a stronger design together. Thank you. —Kenneth Hui, NUK Cafe

NUK opened on Street 154, and our clients invited us to sample the ice cream. Last we heard, they’re gearing up to open a second store.