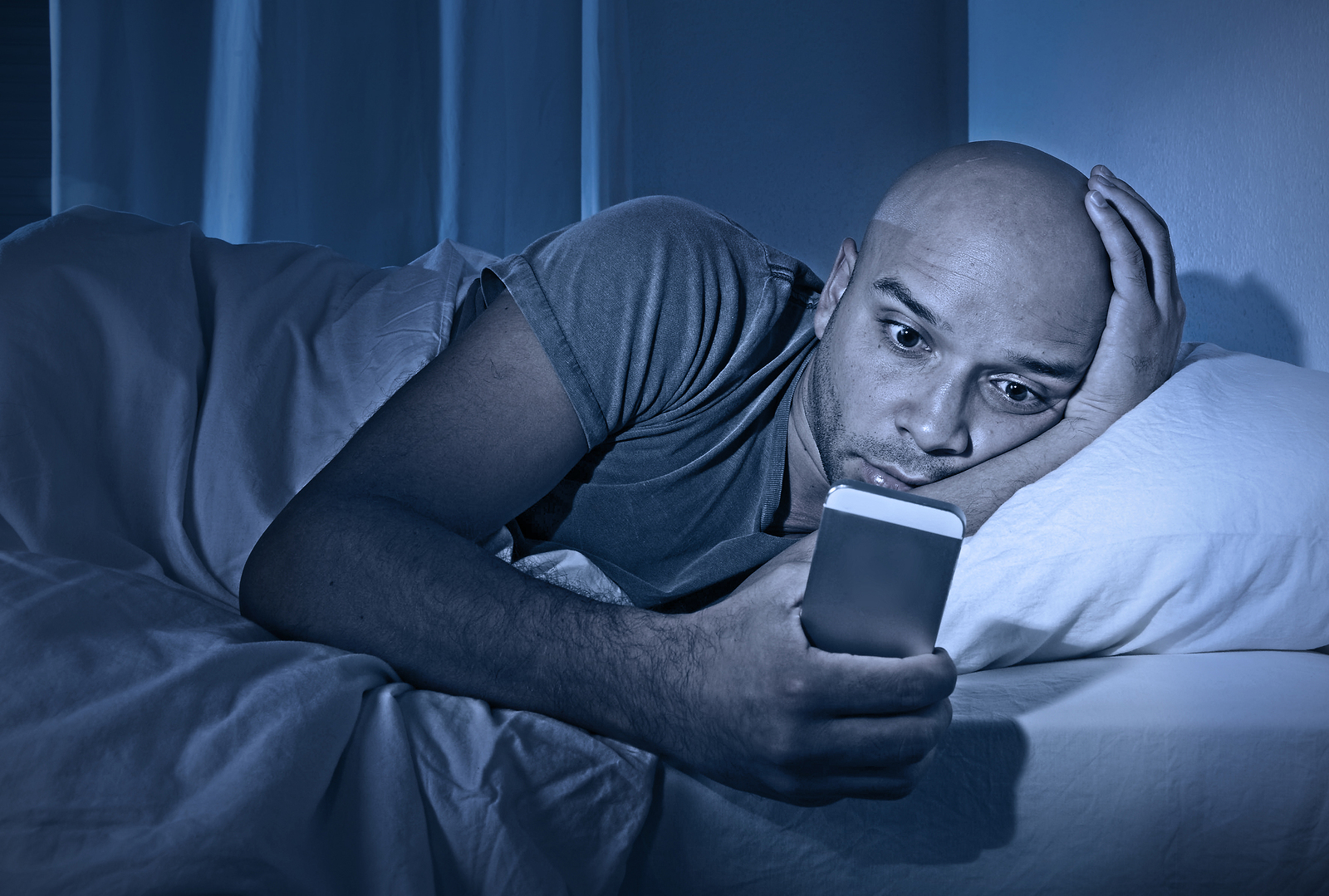 For the writer, it’s been said that the best thing to do upon waking up is grab the pen… or at least the keyboard, and empty out all your earliest thoughts or journal away the sins of yesterday. It’s a great method for any artist that is meant to really help get into the right kind of artistic mindset for the rest of the day.

These days, first thing I’ve been reaching for is the cell phone.

I have this grand compunction to know what time it is, even though I have gone out of my way to do the kind of work that is not time sensitive. I don’t have a place to report to by a certain time, nor do I have any specific deadlines I’m trying to reach. “Knowing the time” on the clock does little to help me at all, yet I keep reaching over as soon as I’m awake. I’ve been here before… Instead of being on “world time,” the intervals of reality where events happen when they happen and people awaken and choose to move with their needs and their hearts; I find myself on “corporate time,” the time invented to create a schedule to move items by rail that would allow people 200 years ago to coordinate and make a lot of money.

I like money. I just happen to also like whatever sanity I can carve out of a topsy turvy world. I also like technology, but as much as I appreciate it and all it does for me, sometimes I have to admit that the old ways are best. That being said, as much as I respect the old ways, I also recognize that concepts like racism, xenophobia, crime, fascism, or exploitation weren’t invented by millenials a few years ago. It can be difficult to take the healthy parts of the new and leave the toxic ones behind. Because when the clock starts the day, my mind first counts the hours of sleep. Then the judgement of that time and the events of the previous night creep in. Then I start to know when I may need to be somewhere and what things need to be done before I get there. If there are lots of places and things, I judge again and question who truly runs my life. If there are few or no places and things, I judge again and question how lazy I am. With the clock comes the struggle, the anxiety, and the conflict.

Maybe we’re born with it. Maybe the system just runs on conflict. Maybe a group of shadowy elites truly got together in an opulent board room and decided that the world was just too boring on its own. Maybe some human beings are just hungry for something other than stalk or flesh, and drama is both hearty and delicious when you prepare it correctly.

The honest truth is that grabbing the cell phone first is about more than just the clock. It also comes with a series of notifications from all the little apps that were each the most important app in the world when I downloaded it. While not some sort of tech savant, I do know enough to understand why our phones and apps operate the way they do. Each notification is a mental fishing lure paraded in front of my eyes in the freshwater lake of reality. These lures are designed to grab hold of my awareness and plunge it into some other digital ecosystem. Each ecosystem feeds on attention. This attention that is collectively paid becomes its own form of unseen currency. Twitter, Instagram, Facebook, Gmail, Messenger, WhatsApp, and article after article on all the publications I enjoy keep trying to tell me about everything happening to me and for me by predicting everything that’s happening within me. But rather than understand and provide context, these media mobsters have tied their fortunes so closely to mental and spiritual accuracy of myself and everyone else that it’s become easier to manipulate rather than merely research.

I would say no… but I don’t like remembering birthdays either. I don’t like sending invites directly to every person I want to come to something. Nor do I like keeping track of all my contacts, finding interesting things to read, and seeking out information on important global occurrences. Social media apps and publications do the invisible work that used to have to be done much more slowly and much more deliberately. That’s useful enough to me without even talking about the perverse pleasure I get from being seen and read and liked. Then, as a writer and artist, my own fortunes are tied up in the ecosystem too. I have to join the manipulation in order to eat properly.

So while the clock is its own brand of judgement hell, the notifications are even worse. This is especially true if you’re saddled with a compulsion to not have any little red numbers next to your apps. One look at the device in the morning, and my spongy, half asleep brain is already basing its entire sense of balance on not just what it does see, but what it doesn’t. What posts remained liked and unliked? Who hasn’t gotten back to me yet? Or better yet, who’s already pissed at me (or still pissed, rather)? That same drama that the clock creates has an emotional assistant in all other notifications that light my brain up and drives me right back to the digital landscape of anxiety and struggle.

Now, more than ever, I need my phone to be divorced from me. I jokingly call it my “sub-mind,” but that description is far more accurate than I let on. Just like our actual conscious minds, we end up with a lot of things happening in our subconscious space that we can’t directly control. Meanwhile, these subspace events can manifest an agenda all their own that the rest of the mind and body will ultimately, though subtly, follow.

If you hate the direction it chooses, you will be miserable.

If you love the direction it chooses, you will be lucky

The phone as a sub-mind is filled with a bevy of processes, some of which work in concert with the purposeful nature conscious mind, but most of which are much more invested in hacking and overpowering the subconscious. Ever felt the phantom vibration – where your leg feels like its getting a vibration notification despite your phone not being in your pocket? Have you ever compulsively checked the same app over and over again despite no new notifications or information? Have you ever used the (anti)interpersonal technique of starting to look at the cellular device whenever you feel uncomfortable or exposed? That’s the sub-mind’s sub-processes hijacking your subconscious to manipulate your conscious mind to its own ends. Those ends are to compile as much of your attention as possible to the point where you also gift the system all your best ideas, contacts and even money so that it can grow in perpetuity along with containing your best years so it can keep you a customer.

Self Care For The Artist In The Digital Age

“All I wanna say is that they don’t really care about us.” Today, the lyric from the 1995 Michael Jackson song feels more like he was railing against Big Tech than the press or government or secret societies as many people have postulated. The level of access to other minds and the world at large are far greater than at any point in civilization. The rising tide of anxiety and worry across the world correlates to the plethora of psychic attacks reaching us in nearly every place we go with the most dangerous one right in our pockets every waking moment.  Perhaps “knowing the time” first thing in the morning and ultimately leading myself down the rabbit hole of notifications, advertisements, and political horrors is the antithesis of self care. Now more than ever, we need to take care of our minds rather than self medicate to make it through life. Art helps with this a great deal.

When I wake up and the first thing I do is write or create art (even when it’s little 5th grade doodles) I get the chance to prime my creative mind. I increase my ability to solve the esoteric problems that exist in both the foreground and background of my everyday. When I wake up and allow myself to operate independently of corporate time, I get to appreciate the meditative nature of creation and take an antidote to the anxiety that comes with being connected 24/7 and never quite understanding all the etiquette required to do so effectively.

For a writer, the best thing you can do is to write. When this happens early, then you’ve already accomplished the nuts and bolts your goals and identity. Even if you’ve no designs on being a writer at all, journaling or working out or woodworking, etc before you let the world in with all its problems can have an almost magical effect on how you approach the world afterward.  Even if nothing else goes your way that day, you’ve at least managed some artistic feat. No amount of clocks, apps, or mental hacks can take back that energy or anything you’ve managed to create regardless of how hard their phones work to coerce us into hypnotizing digital traps and echo chambers. This kind of work and play can have a grounding effect, giving us so much more to reach for and understand about ourselves. I’ve found that it’s  all a bit more possible when I don’t reach for the phone first.