Update: Here is the recording. Check out what Michael Bridgett, Jr., our teammate in Phnom Penh, shared with the world about working with us from the very start to make S P A C E… 😉  Here’s the segment of the recording where you can hear him talk. It comes on right after Christina Hu (BooHu Press)‘s presentation… Really enjoyed learning about Christina’s zines and her passion for storytelling is so great to see. I loved ‘I can’t watch television…’ I can so relate to that, haha. All the presentations were awesome ! Thanks SF Zine Fest for including us ! –A. Spaice & the team at DK…

DK’s Phnom Penh-based collaborator, Michael Bridgett, Jr, is representing us at the SF Zine Fest ‘Show & Tell.’ It will be live-streaming. This link has more about who we’ll be talking with, on that day, as well as all the 150 exhibitors who are part of the cyberfestival.

He’s been part of S P A C E ever since it started in 2017, offering incredibly insightful viewpoints and a wide-range of ideas through the years as we’ve been building the magazine concept. Together, with other close collaborators near and far.

‘I believe in the power of spontaneity and improvisation–the creation of something powerful in the moment. And possibly never to be seen again. It allows me to be fully present. When I perform, I draw on the energy of the crowd and the people around me, amplify it, and give that energy right back, ten-fold. It’s my superpower.

‘In my writing, I strive for honesty, speaking about things that many don’t like to talk about. I want to make people think about their assumptions, because assumptions are a direct result of not being present and not engaging with what is in front of you. Of course, sometimes I just want to riff on video games, comics, and movies I love and analyze.’ 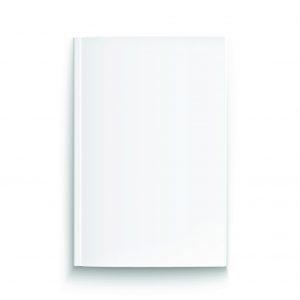 from our S P C | Saigon series, which also includes ‘Start with Something Simple’

For the writer, it’s been said that the best thing to do upon waking up is grab the pen—or at least the keyboard—and empty your earliest thoughts, or journal away the sins of yesterday. It’s a great method for any artist that is meant to help get to the right artistic mindset for the rest of the day. But these days, first thing I’ve been reaching for is the cell phone.

(I have this grand compunction to know what time it is, even though I have gone out of my way to do the kind of work that is not time sensitive: I don’t have a place to report to by a certain time, nor do I have any specific deadlines I’m trying to reach.) ‘Knowing the time’ on the clock does little, yet I keep reaching for the phone as soon as I’m awake. Instead of being on ‘world time’—the intervals of reality where events happen when they happen, and people awaken, and choose to move with their needs and hearts—I find myself on ‘corporate time:’ which is time that was invented to create a schedule to move items by rail that would allow people 200 years ago to coordinate, and make a lot of money.

I like money. I just happen to also like whatever sanity I can carve out of a topsy-turvy world. I also like technology, but as much as I appreciate it and all it does for me, sometimes I have to admit that the old ways are best. That being said, as much as I respect the old ways, I also recognize that concepts like racism, xenophobia, crime, fascism, or exploitation weren’t invented by millenials a few years ago. It can be difficult to take the healthy parts of the new and leave the toxic ones behind. More to say, in a bit.

When the clock starts the day, my mind first counts the hours of sleep. Then the judge-ment of that time-and of the events of the previous night-creep in. Then I start to know when I may need to be somewhere, and what things need to be done before I get there. If there are lots of places and things, I judge again and question who truly runs my life. If there are few or no places and things, I judge again and question how lazy I am.

Tick-tock, tick-tock. There it comes: the struggle, the anxiety, and the conflict.

Maybe we’re born with it. Maybe the system just runs on conflict. Maybe a group of shadowy elites truly got together in an opulent board room and decided that the world was just too boring on its own. Maybe some human beings are just hungry for something other than stalk or flesh, and drama is both hearty and delicious when you prepare it correctly.

We ‘work’ when we punch our timecards. ‘Work’ is our title, not so much what we do-sitting in the corner office, or on the beach, typing a blog post, or scrolling through social feeds. There’s this thing that capitalism has done with the advent of social capital and a reliance on a ‘marketplace of ideas’ and that is turn leisure time into ‘work’ as well, or ‘labor’ more specifically. (From here, I’ll use ‘work’ to talk about effort taken exclusively to gain personal capital, and ‘labor’ as any effort that benefits any external forces.)

Because that ‘writing of blog posts and scrolling through social feeds’ is most assuredly ‘labor.’ Labor that few of us are able to turn to work and are heavily encouraged to do for free. Even encouraged to do at the expense of proper sleep and our own time use for no compensation, financial or otherwise. It’s not enough any more for us to work at a job to make people we’ll never meet rich, we’re also expected to dive into our digital realms and argue and vote and ‘like’ and create content on platforms we don’t own that act as a free backdrop to show and sell advertisement space in or around.

So in many ways, we modern people are always working. Even when we’re making art, when we showcase it on a platform, and have it evangelized, we still end up creating value and relational currency for the owners of that platform. Social growth we create is still in position to be co-opted by powerful forces that will use what we’ve offered and transform it to their own wealth. It’s crazy. facebook did that trick we do to kids when we tell them to ‘make picking up their toys a game.’ Our facebook arguments, product research we do on amazon, videos we click ‘like’ on youtube are labor. These activities add value to the platform, value that is not shared with those of us who use it. (When they figure out how to get ads in our dreams they’ll be sure to invest. Sleeping pills and: ‘google Mattress. Sleep everywhere’.)

Doing well comes with a need to do better. Doing nothing feels like being absolved of responsibility but I’m finding it sets me on paths chosen by much larger, capitalistic others. I now recognize how important it is to control as much of the ‘means of production’ as one can when making and sharing anything. It’s not bad for someone to make money from the work I do, but I now feel a great deal more responsibility for whom I allow to do so.

Do I like being manipulated? I would say no… but I don’t like remembering birthdays either. Nor do I like keeping track of all my contacts, finding interesting things to read, and seeking out information on important global occurrences: apps do the invisible work that used to have to be done much more slowly and deliberately. That’s useful enough to me without even talking about the perverse pleasure I get from being seen and read and liked. Then, as a writer and artist, my own fortunes are tied up in the ecosystem too: I have to join the manipulation in order to eat.

Ever felt the phantom vibration-where your leg feels like it’s getting a vibration notification despite your phone not being in your pocket? Have you ever compulsively checked the same app over and over again despite no new notifications or information? Have you ever used the (anti)interpersonal technique of starting to look at the cellular device whenever you feel uncomfortable or exposed? That’s the sub-mind’s sub-processes hijacking your subconscious to manipulate your conscious mind to its own ends. Those ends are to compile as much of your attention as possible to the point where you also gift the system all your best ideas, contacts and even money so that it can grow in perpetuity along with containing your best years so it can keep you a customer.

One look at the device in the morning, and my spongy, half asleep brain is already basing its entire sense of balance on not just what it does see, but what it doesn’t. What posts remained liked and unliked? Who hasn’t gotten back to me yet? Or better yet, who’s already pissed at me (or still pissed, rather)?

That same drama that the clock creates has an emotional assistant in all other notifications that light my brain up and drives me right back to the digital landscape of anxiety and struggle. I’ve barely been awake 10 seconds. –Michael Bridgett, Jr.

S P A C E is a weekly zine. DK are intrigued about how to design the space for an aesthetic moment to happen, on the spot, with the people, objects, and places where we go, in S P A C E. This issue was edited and styled in the cloud by our team members in Phnom Penh, Vilnius and Đà Lạt. First released January 2019, and redesigned for re-issue 2020.

Here are posts Mike has written for this website: https://designkompany.com/author/michael/

Mike is making more stuff for his band Hypnotic Fist Technique. And check out his writing site. Also, find him on instagram: @mikedynamo.