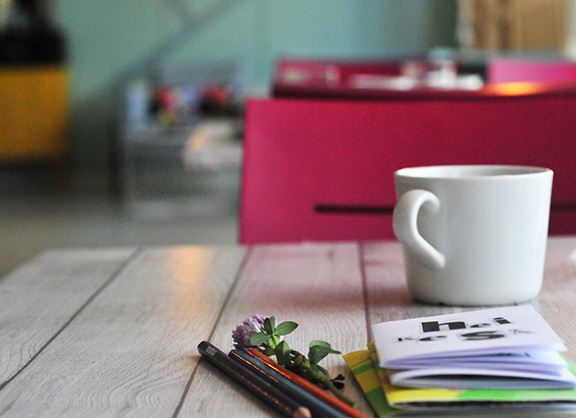 THE LONG DAY is reminding me about old conversations, in many places, about time. Philosophical, you could say. That’s part of who DK is. It took a while to admit to it, but then, didn’t we do a TEDx talk about how there’s not that much time left? We did. Six years ago. Seems like a lifetime: I’ve been on the road for a year in Asia, then parked for four years in Cambodia, now I’m on the road again–in Scandinavia. Well, kind of on the road. Because I’ve learned that bouncing around from point to point is not as intriguing as sitting still in one spot and absorbing it more fully, I’m here for three solid months in the middle of northern Finland. Lapland is over yonder, there is talk of reindeer meat, or reindeer hitting your windshield, and how nice it is to see the sun. Lots of talk on the talk radio about summer. Festivities and the cheery feeling of it; the sun not going away, the lakes reflecting all of it, with a mesmerizing shade of light grey twinged with blue. Chillin’. I noticed it’s a quiet day, today, here. I saw some people getting their cameras out and taking pictures of the river. I saw some others getting gas and going in for a bite to eat–the hamburger place, the pizzeria, the cafe where I’ll be co-hosting a zine popup this month. Buncha stuff. There are people who come through this town because it’s a stop on the motorway from Oulu to Helsinki, a major throughline, though the road is only two lanes and looks like it’s any countryside road, to me anyway, in the smaller counties of North Carolina. One of my many homes. That’s another thing, though. That’s drift. Today, time.

Slow down to see now

SLOWING. That’s the topic, these days, here. Slowing down to sense. Slowing down to see. Slowing down to feel. Letting things catch up… feeling the ambient awarenesses that have been percolating for years, but haven’t had time to precipitate out into the here and right-in-front-of-you, because… time. ‘The way we live our days is, of course, how we live our lives,’ it has been said, and many times, and I am thinking about my friends who will say, ‘Yes, I wanted to, but I didn’t have time.’ I’m thinking of DB in Seattle, who, in his drawing class for freshman and sophomores, would make a comment about how texting and drawing nude models just isn’t a good idea, that you don’t need to multitask here, that, ‘we all have the same amount of time.’ Priorities are the thing to focus on, instead of how to make more time. How to do the right things, instead of just doing things. How to… well, wait. I’m turning into one of those productivity blogs. I don’t meant to do that. But I do agree with PT who said, ‘Relentlessly prune bullshit.’ You just have to, if if you want to move the ball further down the playing field, towards the end zones that you decide are worth pursuing. You can’t just… wait for things to happen, nor can you… wish for more time. All of these thoughts are trickling in and out of the S P A C E of spaces where I’m conversing with some of you, some new people here in Finland, too. And learning. Always, always curious. Wanting to know more. Where does the time go? What did we do with it? Is it important to plan? What are the benefits of not-planning? And: what will I do with my days, while I live? This is the question, ultimately, that the TEDx talk landed up, asking about. What will be your legacy?

Don’t get me wrong. It’s not like I was aiming to go up there and make a long philosophical statement about how people are being busied into being busy and forgetting how to slow down, notice now, and be present and aware of what it is they actually want their lives to be about. What is the story your life will spell? (DK always asked this of our clients, and then, added to it, with: How can you design for that?) Not that popular a topic. Thinking about the life you want to live and what you can do to make it happen? That’s big-picture stuff. That takes overarching grand views on things and letting some time go by so as to reflect. But who has time for that? The day to day details of getting things done are at hand. And that’s why, really, honestly, the pervasiveness of the ‘to-do’-ers and their insistence that making time is more important than making artful connexion and meaningful moments of their time is probably why I decided to come here to focus on ‘Slow Moment.’ It’s a long story. It’s going to have to be shortened, though, because ‘Slow Moment’ will be an 8-page zine. That’s later, though. Now, I’m thinking about a time I sat on a terrace and talked with someone I hadn’t seen for more than a decade, about what we did with our lives, in the interim.

I wonder if he remembers it as clearly as I do.

YES, IT WAS DIRECT, and sort of out of nowhere. ‘The time does not come back,’ he said. Did I detect regret? Resentment?

I remember looking out over the plates and chairs and people who were talking together in groups of two or four, drinking their wine and beers and partaking of desserts and salads, and the sun was setting, and it set, and we were still talking, and I remember this clearly, about that line, ‘The time does not come back.’ Of course, I’d wanted to say, and then add something about reversible time and physics and multiverses and some theory–but it wasn’t that kind of a party.

Time. Not reversing. But that’s why we have to notice it, right? Be here now. All that stuff. Notice it and do the things that feel good, make the work that matters–to us. It’s relative, after all. Why follow someone else’s prescription for ‘what counts’ and ‘what matters?’ A job is really you just selling your time. What is the work that matters to you? Are you doing that? What is the legacy you want to leave?

We parted. The year ended. The next one came. This is life. This is the cycle. This is how things go. Probably won’t ever see one another again, either. Something about feeling… a sense of distance. At not knowing why the action and initiative weren’t there. I felt he had regrets, but they weren’t faced on, not looked at, not examined, or questioned. Self-awareness of this was missing, too. There was some weird sense that there was a lacks somehow. A lack that could not be felt, or seen, until another day, and time, which, I got the feeling, would not come.

Because making the time and space to reflect isn’t for everyone. Those who do come out, I think, with a purpose to their life that goes beyond ticking boxes of filling in lines or paying bills. Those who are able to assess themselves clearly can do… living. Yes. Do living. Do it. Without trying so hard to conform to someone else’s pictures of ‘success’. Without avoiding looking in the mirror, and asking the hard questions, ‘Is this for me? Am I living the life I want? Am I being true to myself?’ So many people skip this. Well, of course. It’s hard.

But I think about these things a lot. I look for others who do, too. I count those people amongst my friendship circles. I listen for the curious, the ones who are saying, ‘There’s got to be more. Help me think about this.’

‘Did you see Waiting for Godot?’ I’ll ask them. ‘Or read the play?’

Philosophically, these kinds of existential queries—what is the point of it? what are we doing with our time? where is the meaning?–are the ones that we thinky-thinky types like to dwell on. (Sometimes too much. Acknowledged.) 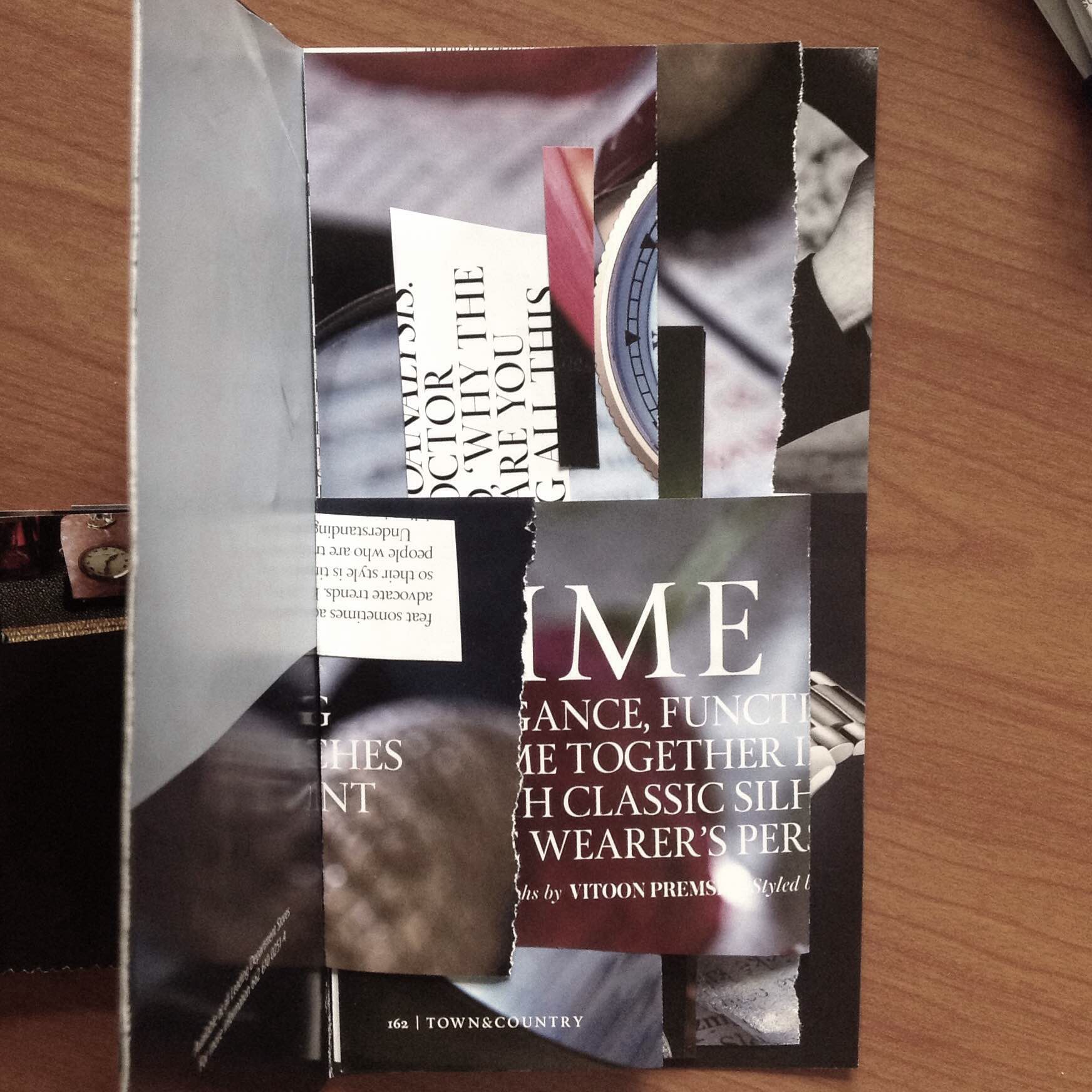 For the ‘Book of Time,’ we are inviting a handful of guests from our past programmes to consider these kinds of questions: ‘What do you do with your time? What is time? Can time expand? What is the slow moment? What about infinite time? Can we tap that, can we connect with it?’ Hosted by Design Kompany’s Dipika Kohli, whose TEDx is called ‘There’s Not That Much Time Left.’ (Just google it. If the story resonates, consider applying for this programme.)

Open to new applicants only, or those invited personally by a member of S P A C E. Apply through the form below. Note: Don’t ask us what you will get from this, because what we will get will be what each of us put in. The conversations emerge week to week. If you need more description about the value of emergence, check out some sites related to ‘innovation,’ serendipity, and chance encounters. Discover what it is that making space can do for the quality of the ideas you put into practice during your work.

Let’s explore. Let’s make 20 minutes of time available each week for 12 weeks, to discover these things, together. No previous experience necessary.

Max 8. USD $10/week x 12 weeks. Merit-based scholarships available to those who qualify. Ask us in the application if that’s something of interest to you.