As to the doctrine of the Circles it may be briefly summed up in a single maxim, “attend to your Configuration.” Whether political, ecclesiastical or moral, all their teaching has for its object the improvement of individual and collective Configuration*–with special reference of course to the Configuration of the Circles, to which all other objects are subordinated.” —E. Abott, Flatland

The book Flatland has been an influential work for DK since we got a copy of it in an experimental high school geometry class that was called ‘Explorations in Geometry’.

Real learning, what is it? Certainly it isn’t in textbooks, according to me.

To me, it starts with critical thinking. That itself has to begin with  awareness: there is something missing. And waking up to a bombshell: the moment you discover that your own perspective, based on the things you’ve been taught to believe, are not necessarily “true.”  Plain ol’ experience is staring you down saying that X thing you’ve been taught to believe is true just isn’t “true.”

So what are beliefs, then to us? What are past experiences? Enter J. Krishnamurthi.  Just google him. ‘You are the world and the world is you…’ he says…. it’s amazing and articulate and on-point, and so I listened to lots of his podcasts this year.

Waking up to new realities

So getting back to ‘waking up.’ (Did you see Waking Life?) Anyway. The things you thought were true turned out… they weren’t true. You found out one day. So then, the natural next question is. What’s real?

I started thinking about this and made posts sometimes, under the category ‘S is for Sincerity’. Meantime, thinking about what’s real. Thinking: okay. That wasn’t.

Such awareness can come from things like, for example, multi-country travel, over time, or from growing up as a Third Culture Kid, or TCK. Or meeting and being open to understanding more about other perspectives, even if you never leave your own town. Books, too. Books can open worlds.

I got lucky, personally. My sophomore year of high school I applied to and got in to an experiential learning high school, the N.C. School of Science & Math. It was different from usual school. It’s had a few scandals in the years since I’ve graduated, so I wouldn’t send anyone there, to be honest, but for me, at that time, it was a huge gift from the universe to get out of a rural and provincial school with zero opportunities. One of my most amazing teachers, though, was at that place. She knew. What I was going through. It was clear and plain to her. Maybe that’s why she worked so hard on a three-page single-spaced letter of recommendation. I still remember the feeling. Someone was paying attention and wanted better for me. Someone bold, strong and caring.

You got to live at school, which was, you know, the chance to have support and encouragement, from your peers. And teachers.

[Aside: Maybe this experience was why I started making experiential learning workshops for people to explore, in snippets, what I got to, at this school, and probably more meaningfully for me, the summer before that at the Governor’s School East program in Laurinburg, NC. That was what all Govvies know it was, and what it’s too hard to put into words. But I like to create S P A C E for people who have no idea what ‘Govvies’ means to have a chance to simply feel the experience that helps us uncover who we are, without labels or agendas. There were no grades that summer. There were philosophy classes, for small groupings of us, and we sat in circles… so many things.]

Getting to go away to school was, for me, an amazing chance to learn so many things early on, and I don’t mean ‘book learning’. I mean taking risks. I got to take ‘Explorations’ as well as a few other experimental ones: something the teachers were testing for a new course in precalculus, for example, and also, the first-ever section of that school’s Japanese language program. (I went on. to study the language for the next ten years, inspired by my teacher there HT KM.)

Perhaps best of all, I also ran for and won the position to be my school’s Vice President of the Student Government Association. The newness, all around, as well as a chance to enjoy a leadership role before even graduating from high school has richly inspired me, from those years forward, in making and achieving some exciting personal goals.

In Part 2 I’ll  elaborate on the book. 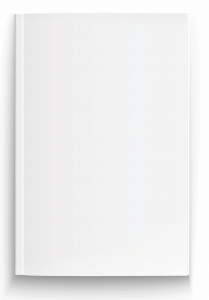