I thought I was done with ‘N’ for a while. I thought I had these rules around it: the old page for it and my best attempt to share the story so far, is here. (I had some other side sites going to “document the journey,” or whatever, but that became tiring. People wanted me to do that kind of thing, because they said it would be good, so sure, I was new at experience design project S P A C E jam stuff, back then,  so I tried to do it their way.) Kind of went like this:

Them: ‘You need to explain it, DK. Don’t you have pictures? So they can see what it’s going to be like? You have to sell it to them.’

Me: ‘WTF, it’s art. You don’t explain art. You experience it. Then you decide for yourself what it means.’

‘That’s going to be a hard thing to pull off.’

‘So? I want to do it like this or not at all! I’m looking for the people who are looking for… me.’

‘Maybe I’m not that clever enough…’

‘You want to be spoon-fed or something?’

UNDOCUMENTED. So mostly, there are no pictures. I think it gets in the way of the intimacy of the space. I do have one 16-persons-in-a-pic ‘N’ selfie. I did take a few shots in Phnom Penh and London, because, wow, it was just… beautiful to have the whole 16-way blind date idea in real life and so yeah, documented those but they’re like not that great of pictures because, iPad?, and also, dark. So? I have them. I have the memories, though, and I cherish those far, far more. I don’t have to share them anywhere. So yeah. I didn’t keep up with the whole side site journal documenting thing. Things like that to ‘maintain buzz’ and ‘include people who couldn’t be there’ got to the point where the mood to do that just… ended. So I casually was okay with it if I forgot the passwords or maintaining it got too hard and I just… let it go. These things happen, too. I said, after ‘N’ Penang: NOSTALGIA, that I was done for a while. That I would take a break.

It just has that vibe.

Yup, I found a crazy cool venue, with an ‘N’ in its name, in a city that has an ‘N’ in it, and *these are among the criteria* that I look for when I choose to throw an ‘N’ party. An ‘N’ party is a big blind date where 16 people show up to meet each other, in real life, to talk about a topic that starts with… guess what letter!

So yeah. I’m here, and I’m starting to go through the old conversations in old emails and seeing who might like to be part of ‘N’ in the secret city where I am going to be when it might happen. Yes! I am going to decide later! I am going to leave it open, for now. I am going to confirm, when I feel like it, when it’s closer to then, if it is happening or not. (To everyone, that is, who isn’t already ‘in’ on the conversations, where we confirm stuff and send agendas and meetpoints and homework. Not everyone needs to know. So I’ll be vague and casual and noncommittal with anyone who is not, of course, actually saying ‘yes’ to my direct invitation. If you just got email from me, this is the jam.

The hosting of an ‘N’

The people who come are the right people. The things that happen are the only things that could have. It starts when it starts (but we’ll probably say 7PM), and it’s over when it’s over (this can last years), and the last thing is, if you’re not having a good time or learning something, you can leave. That’s ‘the law of two feet.’ I didn’t make these up; these are the basic frame making rules of what’s called Open Space Technology, HT MC, who left the book Open Space Technologies on purpose for the random passerby to find it, in her cafe in Battambang, where said passerby (yours truly, DK) chanced to go (solo trip! Battambang 2014!!) and see it, read it, and begin to host everything in Open Space style, from that point on.

So… Who got my email? Email me back and I’ll send the next e-note in that sequence. I wrote it in 2014, but it still fits the mood of this cookie, and I’m ready to do an ‘N’ jam, again, with 16 people who are going to like what they see when they read this invitation and follow through the links.

Are you there, curious, reading, listening, and wondering? People have come from out of the city and out of the country to join ‘N’, so please get in touch if you are resonating with this. We’re looking for you, if yes. If you got the invite and said ‘no,’ that’s cool, really, it is, but, um, no way ever am I going to ‘keep you updated on future things!!’

‘N’ is a filter, for me. What kind of people say ‘yes’ to this wacky, crazy invitation to show up in real life for something that you don’t even know what it is yet?

My kind of people.

With that set, there’s no way that you can go wrong, as a host. Because the people who come, like Open Space says, are the right people. Guess what? We don’t care how popular or good-looking or smart or rich you are. We just want you to want to be part of it. That’s it. That’s the whole thing, the center of it. ‘N’ quests you.

This is how we roll.

Comments are open for a bit, in case someone wants to say something about all this ? Email also open. The new new address, not the old new address. Tx. 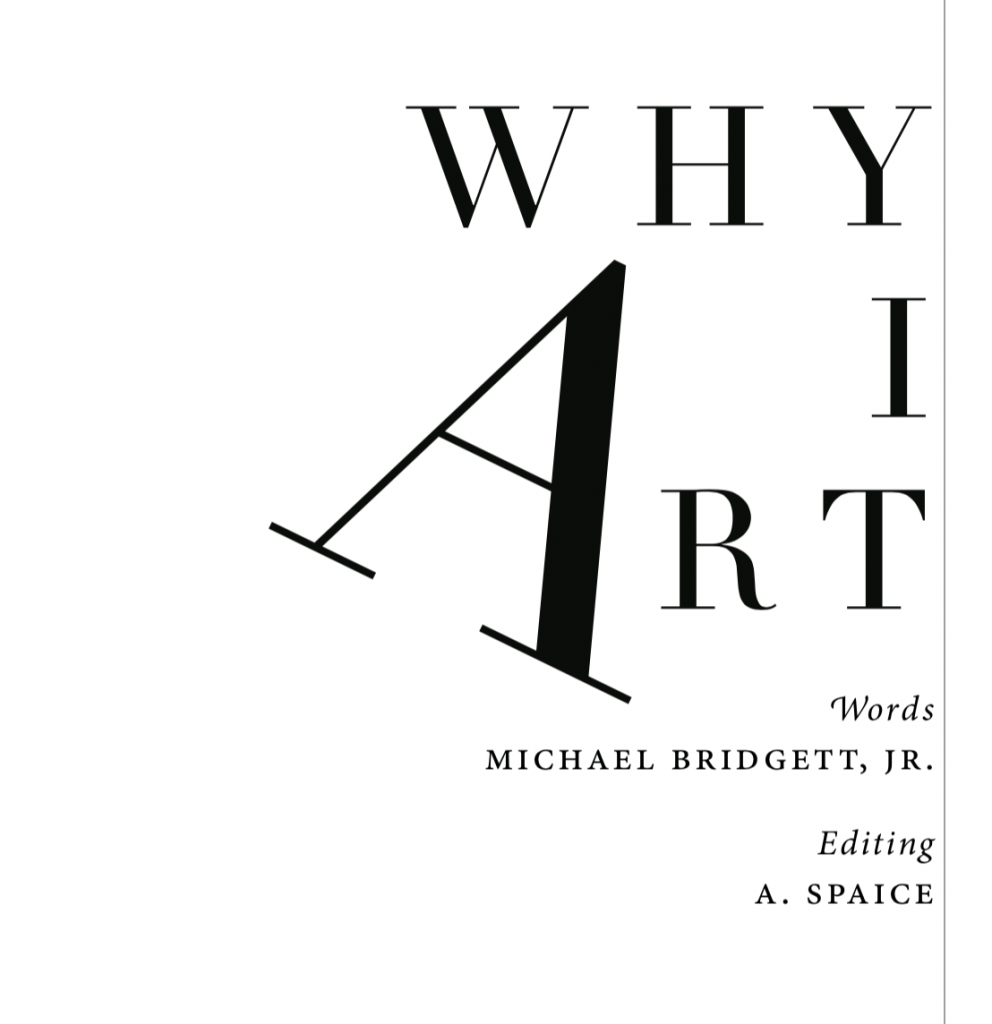 The artists gathered for this co-created zine are four very curious people.

Art, natural patterns, and words intertwine in a collaboration between them.

The nature of art

Lee Moore Crawford, a floral designer and artist, once struck up a conversation about the Japanese art of ikebana when DK happened upon her arranging flowers at a coffee shop in Durham, NC, circa 2011. We never forgot it.

So when DK collaborated with another creative person who takes inspiration from nature to make the cover image of this issue (Dipika Kohli took the original photograph in Huế, then forwarded it to digital processing artist Nils don Sihvola in Finland), we wanted to ask Crawford what her feelings would be. Lots came of this interaction, including a short piece, ‘Bloom.’

To give the collection continuity, we then circled back to former culture editor Michael Bridgett, Jr., whose article, ‘Why I Art,’ opens yet another fresh perspective.

A poem, co-created with @reijovalta. Asemic writings. And the lead story, ‘Coat Check,’ inspired by a night of getting lost by design.

Asemic writing is a wordless open semantic form of writing. The word asemic means “having no specific semantic content”, or “without the smallest unit of meaning”. With the non-specificity of asemic writing there comes a vacuum of meaning, which is left for the reader to fill in and interpret. All of this is similar to the way one would deduce meaning from an abstract work of art. Where asemic writing differs from abstract art is in the asemic author’s use of gestural constraint, and the retention of physical characteristics of writing such as lines and symbols. Asemic writing is a hybrid art form that fuses text and image into a unity, and then sets it free to arbitrary subjective interpretations. —Wikipedia on ‘asemic writing’

Get the zine when you subscribe this week to S P A C E. To subscribe, go here.

For the writer, it’s been said that the best thing to do upon waking up is grab the pen… or at least the keyboard, and empty out all your earliest thoughts or journal away the sins of yesterday. It’s a great method for any artist that is meant to really help get into the right kind of artistic mindset for the rest of the day.

These days, first thing I’ve been reaching for is the cell phone.

I have this grand compunction to know what time it is, even though I have gone out of my way to do the kind of work that is not time sensitive. I don’t have a place to report to by a certain time, nor do I have any specific deadlines I’m trying to reach. “Knowing the time” on the clock does little to help me at all, yet I keep reaching over as soon as I’m awake. I’ve been here before… Instead of being on “world time,” the intervals of reality where events happen when they happen and people awaken and choose to move with their needs and their hearts; I find myself on “corporate time,” the time invented to create a schedule to move items by rail that would allow people 200 years ago to coordinate and make a lot of money.