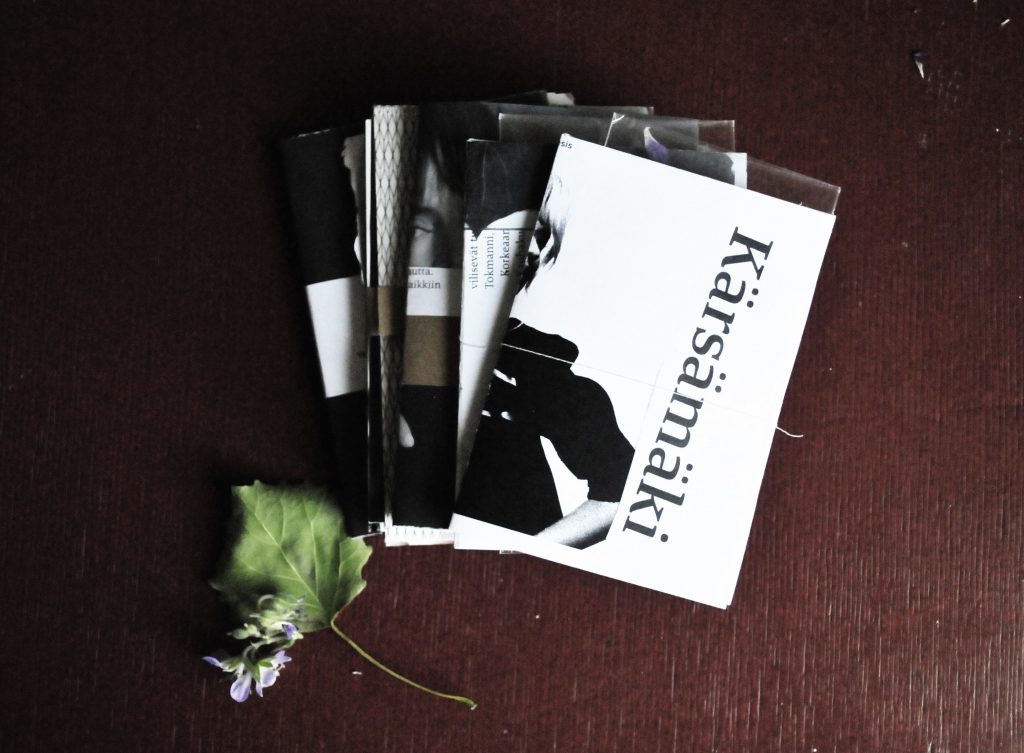 CONTINUING. To make. Zines, mostly, in June. July looks different. July has a different feeling to it. The flowers are changing. The fragrances, too. I feel like I’m a teenager again: staying up really late, talking to people about everything, joking, cutting up paper and sending little notes out into the world, writing letters, sharing the time with friends, and generally being curious about ‘what’s going to happen today.’ Slow moment. Slowing. Noticing. Making things is a way to do that, of course. You put something together with your time, focus, and your craft. You make a thing that, after some time, begins to take shape.

This zine (pictured) was one of the first ones I made here, when I got to the residency and started obsessing about ‘producing stuff.’ It was a limited edition of just 3. Two of them went out into the world to new people I’ve met. One is left. It’s the favorite of the ones that people peruse, when they examine the three dozen or so little books that I’ve made since I’ve been here. I’m in a conversation with someone who is going to maybe help me put together a little exhibition, at the end of July, so we can share them in a giant popup style installation with the general public. It would be very DK. Come as you are, have a read if you want, put something back, take a look, enjoy the books, talk to each other, ask me anything. More and more, I’m realizing the books and art pieces are just conversation-starting prompts. They invite some query, sure, introspection, even. But like everything I make and do, it’s the conversation I care about most. The giving and receiving, the interconnection, the sharing of S P A C E, and of course, time. Art, at its best, is a conversation. Something I find myself saying over and over again, including yesterday evening upon parting with my new possible collaborator in the making of installation art here in, um, Kärsämäki. Finland, like. Who knew.

Friends and new acquaintances. Guests in ‘Slow Moment.’ Members of S P A C E. All of you are always welcome, to meet me in the aether, the forums, the real life spaces, the public squares of our lives and disconnect from the internet world, where there are only facades and cropped pictures of the things that are really real. But go to a lake or down by a river, look at a rainbow or find the moon and the sun together in a bright white sky, and there is no way to capture or record that feeling. The smell, the people, the ambient nature of it—you cannot put that into a square photograph and expect it to be received the way you’re receiving it. The scene, I mean. And that means… here it is, the crux of it, the thing I wanted to say, that means, when you just document for the sake of it without paying attention to where you are and who you’re with and the things that are being said with words and gesture and the blank space that convey far more than either, then you’re not really there. You’re not sending something cool and interesting into the world if you’re just shooting a quick pic and blogging it or microblogging it somewhere. You’re just… looking for attention or validation. Let’s admit this. Social media is about validation-seeking. Isn’t it? And you know what? That means–you’re not fully there when you’re presenting something to someone. What you send is vague and tattered, what’s received is even more so. That said, I’m concluding that this is probably the major reason I don’t have a mobile phone or trade texts with anyone or even use most social media these days. Why? It’s not a great conversation. And if conversation and dialogue is what I care about most–and it is, making great space for remarkable connexion and interconnection—then I better find the channels and media that work best to do just that. 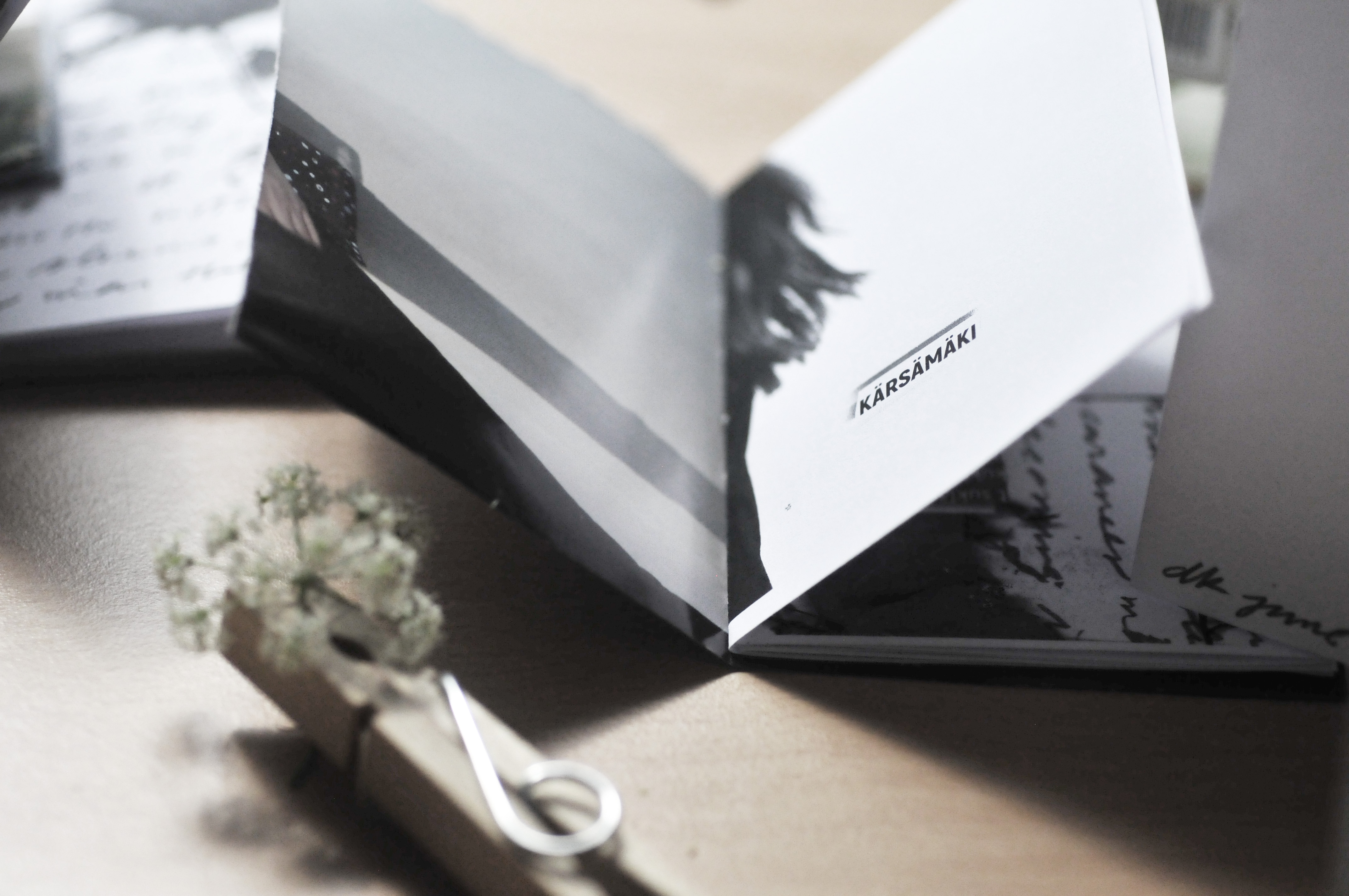 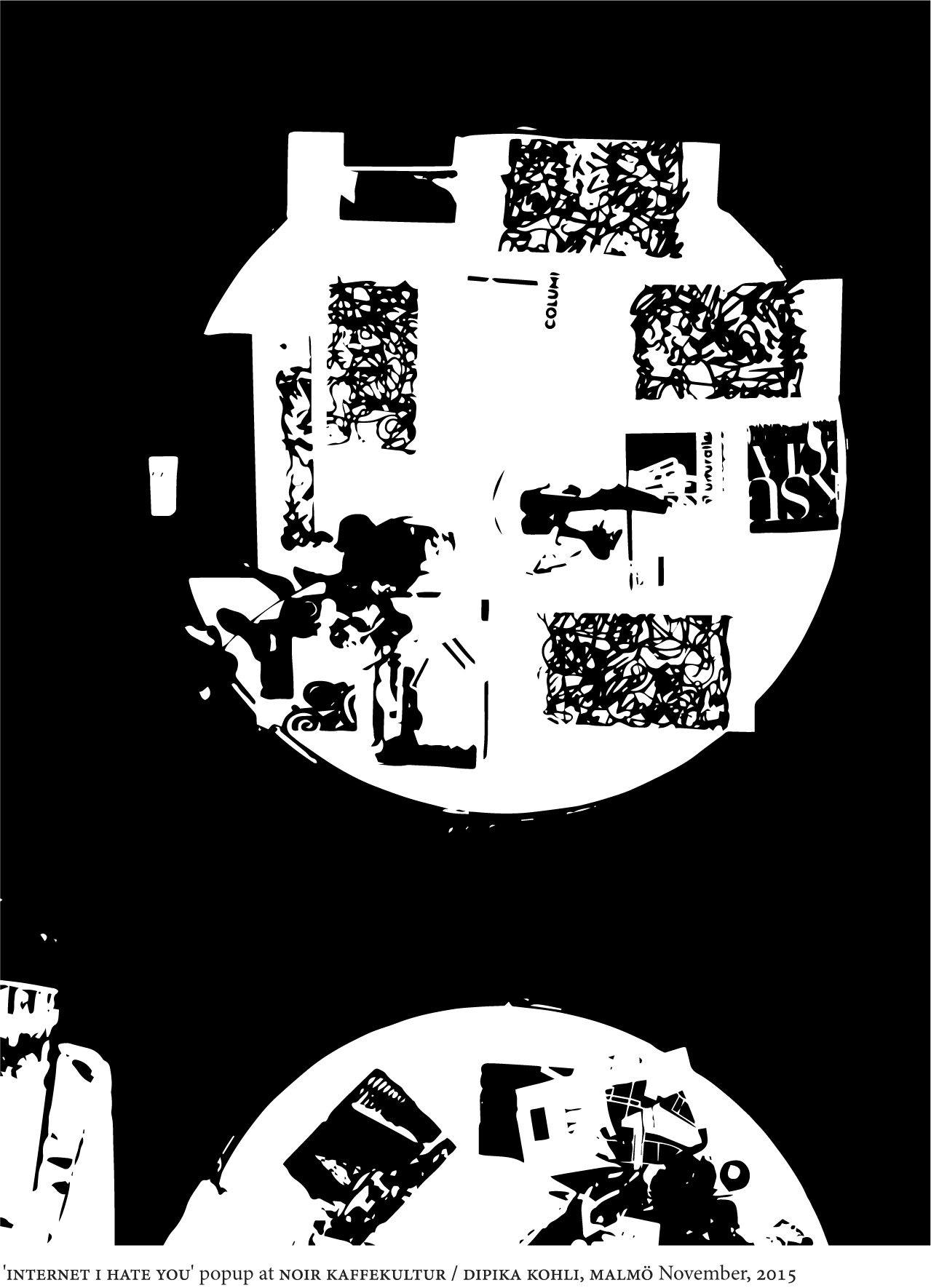 STAMMTISCH #5 || A salon about the creative process and why we bother to make, design